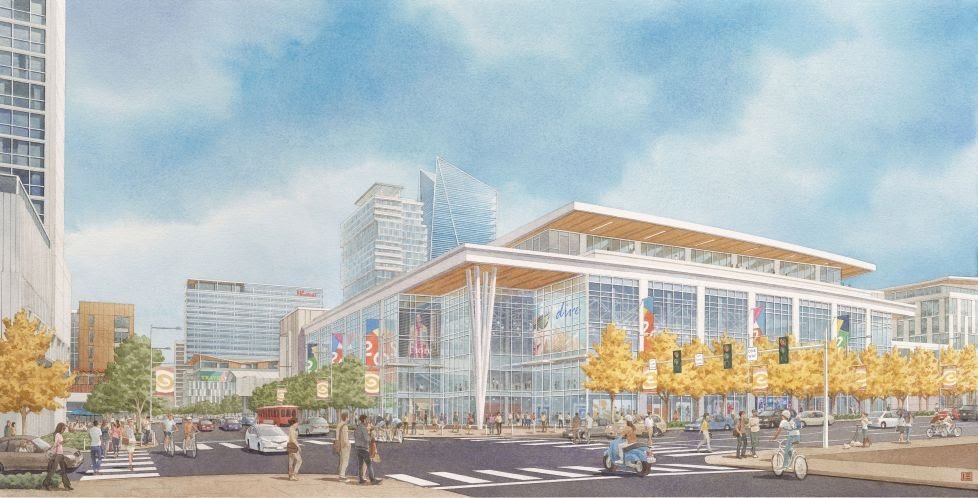 As stadiums and entertainment venues sit idle across Los Angeles amid the global pandemic, French developer Unibail-Rodamco-Westfield has moved closer to bringing a sports center to Warner Center.

The City Planning Commission unanimously approved on Thursday, May 28, the Promenade 2035 project, featuring a 7,500-seat sports and entertainment venue with a partial roof or an enclosed 10,000-seat arena.

The approval came with some conditions, including that the developer would need to come back if it decides to modify the proposed plan.

The $1.5 billion project would spread across a 34-acre site. It calls for the construction of an urban district with nearly 1,400 residential units, 280,000 square feet of shops and restaurants, 731,500 square feet of office space and 572 hotel rooms.

During a virtual meeting hosted by the City Planning Commission hearing on the Promenade 2035 mega-development, hundreds of participants dialed in to wave on the controversial development.

The hearing comes months after city planners recommended a fully enclosed 7,500-seat arena as part of the massive development proposed for Woodland Hills that was half the capacity of the originally proposed 15,000-seat stadium. The proposal triggered several appeals regarding the lack of affordable housing, the size of the stadium and air quality.

Developers said the project represents over $1 billion in long-term investment in Warner Center, creating more than 10,800 construction jobs and over 9,700 permanent jobs upon completion. 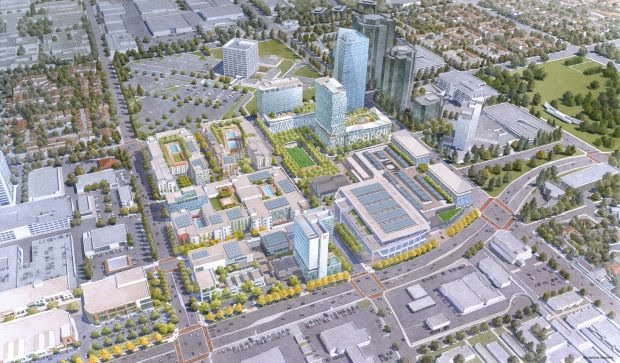 Unibail-Rodamco-Westfield agreed to modify their proposal, offering a smaller sports and entertainment center along with rent-restricted affordable housing.

The stadium, the developer said, will be a catalyst for economic growth, attracting further investment in the Warner Center area. It will include a dedicated space for cultural programming and also provide a gathering place for community events such as high school and college graduations and various cultural events.

In response to community feedback, the developer agreed to redesign the venue, reducing its square footage from 320,000 square feet to 181,550 square feet and its height from 155 feet to approximately 85 feet. The venue will be encircled with landscaping, trees, open space and pedestrian paths.

But opponents fear the venue will attract rowdy crowds and fill up the 101 Freeway with cars.

West Hills resident Christine Rowe said she was “absolutely” opposed to the stadium.

“I’m disgusted with the new arena,” she said.

Supporters said they approved the 10,000-people facility, smaller than downtown’s Staples Center, that they hope will bring construction jobs and attract entertainment events in years ahead.

The updated plan includes a commitment for a total of 15% of the project’s initial residential units to be affordable, workforce and stakeholder housing divided into:

Gina K. Thornburg, executive director of Coalition for Valley Neighborhoods criticized the plan for not proposing to build more affordable units, demanding that the developer build 7.5% of the 1,009 units, to be preserved in perpetuity for the very low-Income residents.